Thanks to the second full trailer for Marvel Studios’ Ant-Man and the Wasp: Quantumania, MCU fans got their first look at the franchise’s take on MODOK.
MODOK has been a hot topic after the character was first rumored to be part of the story in Ant-Man 3, which was later confirmed to be the case during Marvel’s presentation at San Diego Comic-Con. And although fans in attendance only got a short look at this mechanical antagonist in the exclusive Comic-Con trailer for the Quantum Realm-centric sequel, all signs point to him playing a major role alongside Team Ant-Man and Kang the Conqueror.
In late November 2022, about a month after the movie’s first trailer debuted, the first look at MODOK came in through a look at a Funko Pop! showing off the robot’s bright golden form and a robotic face that was reworked from his comic appearances.
Now, thanks to the most recent trailer for Ant-Man 3, the curtains have been pulled back on MODOK as he takes his place in the MCU’s Phase 5 journey.
MODOK Makes his On-Screen MCU Debut
The second full trailer for Marvel Studios’ Ant-Man and the Wasp: Quantumania revealed the first official footage featuring the villainous MODOK in the MCU.
Watch the full trailer below, with MODOK appearing at the 1:45 mark:
MODOK Comes to the MCU With a Fury 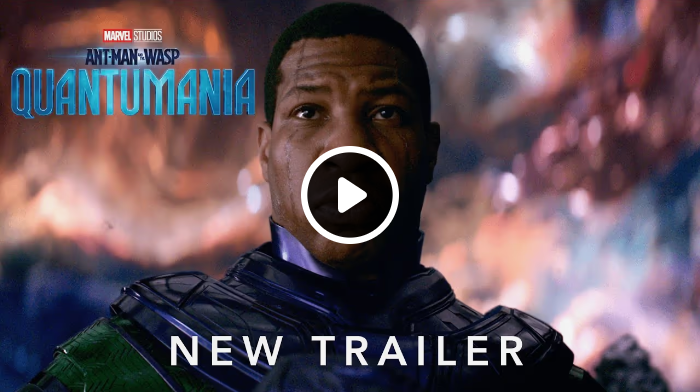 Two quick shots showed off the MCU’s take on MODOK as he looks to inflict his reign of terror on the Marvel Universe for the first time, although he didn’t have any speaking lines in this quick peek.
One shot highlighted that the character will still feature a humanoid face on the front of his body just as he does in the comic, with the shot also confirming that Corey Stoll will be back for his second MCU role after playing Yellowjacket in 2015’s Ant-Man. Later on, he boasts a scary and angry metallic face with evil glowing eyes, offering just a tease for how terrifying he’ll be when he’s fully unleashed in the Quantum Realm.
The trailer teased that MODOK and Kang will be working together in some capacity, although it’s still unclear how that will play out with Kang asking Ant-Man for help in some form as he looks to start his streak of dominance over the MCU.
It’s also unknown if Corey Stoll’s Yellowjacket becomes MODOK in this movie or if Stoll simply plays two different roles, although that mystery will only be one of many fans look forward to solving as the story unfolds.
Even while Kang is set to be this movie’s big bad and set to start his journey as the overarching big bad of the Multiverse Saga, MODOK won’t be anything to sneeze at either as he goes to battle against Team Ant-Man.
Ant-Man and the Wasp: Quantumania is set to debut in theaters on February 17.